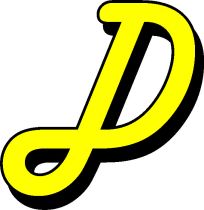 Today on the A to Z Challenge we are up to the letter D. I decided that I have only posted one excerpt from the conclusion of The Elemental trilogy. So here is something from Destiny.

(The words in italics are spoken telepathically to the dragons Zoot and Gre.)

The large dilapidated building had double doors beside one a dirty cracked window. One of the doors barely hung on its hinge but had been propped open with a large stone. Lina barely saw any of this as she stepped into the room; her only thoughts were of Coy. She paused for a moment to allow her eyes to adjust to the low light of the warehouse. Once they did, she immediately saw a body lying upon the floor. She ran over, the sound of her boots echoing in the large room. She knelt beside the crumpled figure.

She reached out to touch him. The instant her hand closed around his arm, the cloudy feeling that had filled her mind upon touching Coy’s bag lifted.

The woman’s voice came from behind her. Lina rose and spun around. A young woman stepped out of the shadows. Her dark hair was pulled back and tied with a red scarf at the nape of her neck. Her shirt matched the scarf and was tucked into black pants. Her boots clicked on the floor as she stepped forward.

Lina raised her hand instinctively, shooting a fireball at Selda. The young woman easily deflected it into the wall near Coy. Bits of fire sprayed in all directions.

“Now, Lina, you don’t want to use fire here,” Selda said gesturing around at the wooden floor and walls. “You could burn the whole place down.”

Lina looked around at the dry, rotting walls. She glanced to where a few bits of fire from her fireball still burned. They were dangerously close to the unmoving form of Coy. She quickly used her Elemental power to put the flames out.

“Zoot, Gre, I need your help,” she called as a thin, transparent film rose quickly from the ground in front of her. “You were right. It was a trap. Selda is here.”

2 thoughts on “D is for Destiny #excerpt #AtoZchallenge”