Since today is Thanksgiving and I figure many people (at least those in the US) are gathered around the table giving thanks and eating good food, I thought I would take a moment as an author and blogger to give thanks too.

to those who have read my stories…I hope you enjoyed them as much as I have loved writing them.

to those who follow or read my blog. I hope you have found some interesting or helpful information here.

to my family for their support as I try to balance writing and being a mom. It seems lately writing has taken a back seat to other life activites but hopefully I can change that this coming year.

Now get back to your Thanksgiving Day activities….

We must find time to stop and thank the people who make a difference in our lives. ~ John F. Kennedy

As a child, it is hard to wait for Christmas. To help my kids countdown to the big day, I introduced them to Advent calendars.

Now when I was a child, we had advent calendars but they were much simpler. We opened a small door to reveal a picture or maybe a piece of chocolate. My brother and I shared a calendar, each opening a door on alternating days.

When I first started the kids on Advent calendars, I bought them ones filled with their favorite toys. They make one for those that like matchbox cars, Playdough, Legos (Friends, City or Star Wars), Barbie, Tsum Tsums and more. They also have ones with chocolate, nail polish, makeup, or even alcohol (for adult, obviously). Prizes range from $6 for picture/cheap chocolate to $20-$35 for ones with toys. 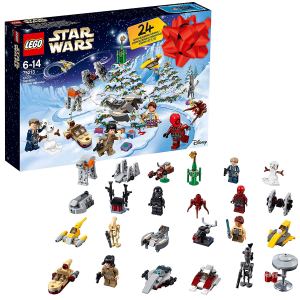 Every year, Jase chose a Lego one. Most often it was the Star Wars version but sometimes it was the Lego City one. In the beginning, he would immediately open the daily bag and build the miniature Lego creation. But now that he is a teenager, the thrill seems gone (though he still likes Legos as that is the majority of his Christmas list.)

Lexie is the opposite of Jase. Every year, she picked something new – Playdough, Tsum Tsums, Lego Friends, Hatchimals, and Littlest Pet Shop. But as she gets older (she is 11 now), she isn’t as interested in toys.

I looked for other options, thinking maybe one with candy would be better. The choices were limited. I didn’t want the same chocolate every day. Lexie is allergic to nuts so that also limited my choices.

There are several advent calendars where you fill the drawers, pouches or boxes with your own gifts. These run about $20-45 each. I would need two. And the boxes usually are tiny so I would have to find really small things to stick in them. Then I got the idea to buy little boxes ($10 for 50 on Amazon). I can fill them with little gifts or candy.

The kids were game to give it a try. And I figured it would cost me about the same as buying a toy advent calendar. Well, I was close. Last year, I spent $55 on 2 advent calendars (Star Wars Legos and Hatchimals). This year it was about $64 in addition to the boxes. But, they will (hopefully) get 24 days of things they like and enjoy. With the toys ones, there were always disappointing days where you got “accessories” instead of something to build or play with. 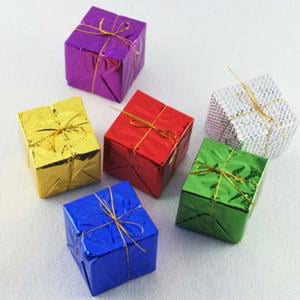 This year’s boxes are filled with their favorite candies (and gum for Lexie). I also bought small toys though it was hard to find things I thought they would like. Ok, it was harder for Jase than Lexie. It is always easy to find small, inexpensive things for girls like nail polish, tinted lip balm, bath bombs, hair accessories or earrings. The items cost between 50 cents and $3, except for the Holiday earrings set of 5 earrings that cost $8. (I know, way over what I wanted to pay but she has no holiday earrings. and these were so cute.)

So, I guess we will see how this goes this year and if they want to do the same thing next year or do something else. Or perhaps they won’t want an advent calendar at all. (Who am I kidding. Of course, Lexie will want one and then Jase won’t want to be left out.)

Timelines can help you keep track of your information as your write your novel. These can keep your story consistent. A timeline suggests a past, present, and future or in the case of a plot, a beginning, middle and end. we can see cause and effect. We see patterns and turning points.

Timelines can help with story planning. Or it can keep track of plot sensitive events like the order of battles or clues your mystery sleuth uncovers. You can track your hero’s movement as he journeys place to place. It can also help you plot storylines for dual protagonists or a protagonist/antagonist combo.

If you are a planner, instead of using an outline, you may want to plan out everything on a timeline. The benefit of the timeline is you can see at a glance what happens when. If you are unsure of when events need to happen, you might put the information on note cards which you can move around as you plan out the order of your story events.

There are many options on how to create your timeline and will depend on what type of timeline you are creating. For characters, you might be able to do something in Word or Excel. There are even programs online that can help you such as Timeline Maker, Timetoast and Timeglider.

When working on where my characters are since I often have multiple characters in different locations, I find Excel works well. Each column is a different character with each row being a different day. At a glance, I can tell where everyone, and it makes it easy to keep track of how long it takes to travel to the different locations. (I’m writing fantasy, so they are either riding horses or dragons to their next location.)

If you have not tried timelines, give it a shot. You might just find that it keeps you organized, and your story flows better because of it.

International Stand Up to Bullying Day is Friday, November 15.

“Never be bullied into silence. Never allow yourself to be made a victim. Accept no one’s definition on your life; define yourself.” ~ Harvey Fierstein