“One of the most glorious messes in the world is the mess created in the living room on Christmas day.” ~ Andy Rooney

In 2012, I wrote about the magic of Santa Claus and wondering when my kids would stop believing. At that time they were 7 and 4 and were firm believers. 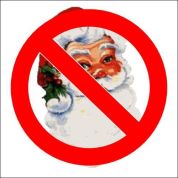 Now, in 2019, they are 11 and 14 and both no longer are believers. For Lexie, this is her first year. I don’t know what made her stop believing. In the past, other kids have told her Santa wasn’t real but she refused to listen to them.

I had always worried she would be upset that we had lied to her. But it all turned out fine. She just declared she knew and then asked us how we had known what she wanted when she only told Santa and who ate the cookies.

I don’t recall when Jase found out. I don’t think he said anything. Maybe he didn’t want confirmation or perhaps he didn’t want his sister to find out. It just seemed that he knew – just as he knew about the tooth fairy and the Easter bunny (who isn’t me as I have never bought an Easter basket. That is all on my mom or EB as she signs her emails asking what I think the kids want in their baskets.)

Since both kids now know the truth, you would think that stockings or Santa gifts would be over. But Lexie being the smart, negotiator has declared it is now tradition to get those things so she expect “Santa” to deliver this Christmas too.

I had always planned to keep up the stockings filled with small gifts and candy. Now “Santa” at our house never brought more than one gift and it was never a big or expensive gift so having “Santa” drop off two small gifts is no big deal.

Now with her new knowledge about Santa, she also has figured out there is no tooth fairy and didn’t put her last tooth she lost last week under her pillow. And yes, she still wants money for it. I’ve given Jase money even after he stopped believing – though again he never said he didn’t believe.

So now I guess these “magical” parts of childhood are over. A part of me is sad about that but I understand it is part of growing up. Now they don’t have younger siblings or cousins to protect the secret from but I will make sure Lexie knows to keep this information to herself when out in public as other kids may not know.

And while this part of the magic is over, it has not decreased their excitement or joy in the season. They know that Christmas is more than just “Santa.” It is a time of giving, happiness and family.

“Get your facts first, then you can distort them as you please.” ~ Mark Twain

I knew it was coming at some point. She is 11 years old after all. Yep, that is right, my daughter has her first serious crush. 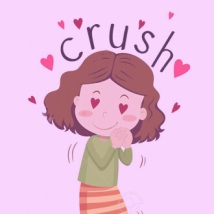 Last year , when Lexie was in fifth grade, she liked a boy, Jacob, and even gave him a note telling him that she liked him. (A brave move that I wouldn’t have done at her age.) But sadly, Jacob didn’t respond…at least at the time.

This school year, the two moved onto the much larger middle school. And now, Lexie has found out that Jacob likes her too. He wanted to respond when they were in fifth grade but for whatever reason didn’t. They exchanged phone numbers. And now they have been texting back and forth – finding out that they have lot in common.

Lexie is so excited. And nervous. I don’t think she knows what to do now. Are they “dating”? What happens if he wants to hold her hand? Will this relationship last? What if he breaks her heart? 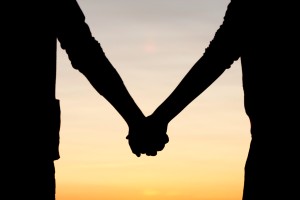 So many questions and so far she is turning to Mom to discuss this. Actually, I got text messages from her when she first realized he liked her back and then again when she gave him her number. I’ve told her to slow down and enjoy just getting to know him. Don’t worry so much about the future. She can’t imagine going out to the movies with him. Did kids do that still? Or is their form of dating at this age just texting and possibly hanging out. Do kids hang out anymore? Maybe nowadays most of their relationships happen online. (And yes, we periodically check both kids’ text messages.)

Ugh. I am so not ready for this. Jase is fourteen and besides having a “girlfriend” in the fourth grade, I have yet to hear about any crushes. I do remember the girl who flirted with him outrageously while we were on the Orchestra sixth grade field trip but while Jase liked the attention, I’m not sure he knew this girl was crushing on him. Of course, we have yet to come out and ask him if he is interested in anyone – and I am not sure he would give us an honest answer. He is the type to be embarrassed by liking a girl.

But before I know it, both of them will be dating. Yikes. I hope I am able to answer any questions they have – assuming they still come to me with them by that time. I don’t have a lot of experience with dating. I only went out with a handful of people in high school or college before I met and began dating the young man who would become my husband. (That was just twenty-seven years ago. So much has changed in the dating world since then.)

Ok, I know I shouldn’t jump ahead of myself. Let’s just keep the focus on Lexie and Jacob and deal with her questions as they come up. I can panic about dating later.

“I’m sick of following my dreams, man. I’m just going to ask where they’re going and hook up with ’em later.” ~ Mitch Hedberg