Please welcome author Margaret Brazear to my blog. Today she is sharing with us an excerpt from The Judas Pledge, the first book in her Holy Poison historical romance series.

Her plan was put on hold indefinitely when one morning a messenger arrived on horseback asking to see Richard.  The man seemed to be in a panic and Bethany ordered refreshments for him, but he refused to tell her his message; that was for His Lordship’s ears only.

A few minutes after he had gone, Richard came to join his wife in their bedchamber where she sat on the bed, wondering why the messenger had been so secretive. Her heart sank when she saw he was buckling a sword at his waist.  He strode across the room and took her face in his warm hands, then they dropped to her shoulders and he lifted her to her feet.

“King Edward is dead,” he announced. “Jane Grey has been proclaimed Queen in London.”

She knew at once why he was wearing a sword and her heart almost stopped in her chest; he had come to say goodbye.

“Mary has gathered forces at Framlingham and is even now on her way to London with an army.  I will join her in Sawston where she will stay the night.  There is little time, but you must promise me that you will not put yourself in any danger while I am away.”

All she could think of was how to stop him, how to keep him here and safe where he belonged. But there was no way and she knew it. She felt certain these gloriously happy weeks would never come again.

“What sort of danger?” She asked at last.

“Rely only on Anthony for news, please. It is a dangerous time and if you say the wrong thing to the wrong people, it could be construed as treason.”

Treason? He could speak to her of treason while he risked his precious life for the little papist woman?

“Aren’t you the one in danger of being condemned for treason?” She was shivering with fear now and did not realise she was digging her fingernails into his arms.  “You are going to support Queen Jane’s enemy against her. You are planning to ride into London with Mary Tudor, right into the lion’s den. The next time I see you could be in the Tower.” She reached up and kissed his lips, held her arms tightly about his waist, desperately trying to make him stay. She could not stop the tears which were brimming over and falling down her cheeks. “Please, Richard, do not go. I think I would die myself if I lost you.”

So she had said it. She had taken those feelings out of their little box and thrown them at him, despite wanting very much to keep them safe inside, where he would never see. They had an agreement and this was not part of it.

He held her away from him to look down into her eyes and smiled gently as he hugged her close. She could feel his heart beating rapidly against her cheek, could feel the shuddering sigh as he breathed in deeply.

Then he returned her kiss, a kiss that went on so long she thought she would faint, a kiss that took her breath away and aroused in her that longing she had so recently discovered. And she was so afraid it would be the last kiss.

Gently, he took her arms from around his waist and pushed her away.

“Pray for me,” he said swiftly, and with that he was gone while she wondered miserably if she would ever see him again.

When the messenger had gone, Richard sat for a moment wondering why his heart failed to sing at the news of the King’s death. If only Mary had been declared Queen, as her father’s Will had decreed, he would not now have to leave his wife and risk his life to fight for her.

He had waited for the Protestant boy to die, his allegiance was to Mary and until now he had longed for the day he could raise his sword in defence of her, the day he could help her to return England to the true faith. He had looked forward with joy and excitement to the day he would ride into London at Mary Tudor’s side, raise her flag before her army and claim the throne of England for the true heir and the true faith.

Since he invited Bethany into his life, he could summon no enthusiasm to leave her, no matter what the cause.

He shook his head to clear it. He had no time for this; he would have to go, and go quickly. He took his sword from its place over the fireplace and buckled on his belt as he climbed the stairs to say goodbye to her. She waited, seated on their bed and looking more beautiful than he had ever seen her, and he could see in her eyes that she knew already what the news would be.

He could not love her; he could not afford to risk his heart. He had no intention of ever loving her, only of giving her the respect due to his countess. He did not love her! It was not possible. It was merely an infatuation from which he would soon recover once he was away from her.

But when she clung to him and begged him not to go, when he saw how much he meant to her, his resolve almost failed. He was always popular with women; he was handsome, well built and charming and with skills in the bedchamber they could find nowhere else, but he never had expected any of them to love him as this woman did.

She had kept her side of the agreement, or tried to. She had followed all his instructions on how a countess must behave so that when he finally presented her to the monarch, she would move in court circles and not disgrace him. He knew there were many among those circles who gossiped about his choice of bride, who condemned her as being unworthy to wear the title, but he had little use for the opinions of others.

She had stood beside him every day in his private church and said the mass as he had taught her but he knew she was uncomfortable with it, even afraid of it. She trembled with fear in that church, although she tried to hide it; she stared at the statues with terror in her eyes and she seemed no closer to embracing his beliefs.

She had paid attention to the lessons his priest gave her, but he knew the subject was of academic interest to her, nothing more. She was an intelligent woman who enjoyed learning, but she was nowhere close to believing what she was taught and now he doubted she ever would be.

He had been arrogant enough to believe her faith was unimportant and she would soon see the truth; it was a mistake, a big one.

Now it was too late. His duty lay with Mary and he could not afford to be distracted from that duty. And there was still no sign of an heir. 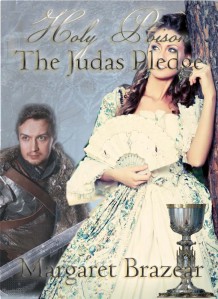 It is 1553 and for five years the fifteen year old protestant King Edward VI has reigned with the aid of a Lord Protector. It has been twenty years since King Henry VIII broke away from the yoke of the Roman church and Catholicism is outlawed and a thing of the past.

Bethany is the daughter of a wealthy merchant and her only concern is to avoid an arranged marriage to the impoverished baron her father has found to marry her for her dowry.

When the wealthy Earl of Summerville suggests a marriage which will make her a very rich countess she is thrilled and his confession that he is a hated catholic and that he expects her to follow his faith, means little. If Bethany had thought about it at all, she had believed there were no Catholics left in England. Her eyes firmly fixed on a handsome, amiable husband and the title, wealth and huge country mansion which comes with him, she believes she will never have to adhere to that condition, she believes there will never be another catholic monarch, despite his assurances that the catholic Mary Tudor will succeed her brother to the throne.

She has no idea how hard it is going to be to keep that pledge when Mary gains the throne and begins a brutal campaign to bring England back to the church of Rome. Bethany is horrified to learn that not only is her new husband a catholic, he is a close friend and advisor to the new Queen Mary.

As Bethany’s protestant family and friends are persecuted for their beliefs, beliefs for which they are prepared to die a horrible death, she finds the struggle to support her catholic husband and give lip service to his faith to be impossible despite having fallen deeply in love with him.

This is a tale of love, passion and betrayal in an age when God is a very real part of everyday life and the way he is worshipped worth of dying for.

HOLY POISON is a series of historical romances concerning the ordinary people who lived through the religious upheaval brought about by Mary Tudor’s determination to return England to the Catholic Church, a violent five years for which she was ever after known as ‘Bloody Mary’.

Margaret Brazear was born in London, England in 1948, to a working class family. Her father was a lorry driver and she had what was then a secondary modern education. Her interest in history was piqued when she was in her teens and she went on to study in earnest the fascinating subject of England’s past. She has written stories since she could write and is proud and delighted to have found a following to her historical romance fiction.

She is a widow with three grown up children, two grown up grandchildren and a deep love of four legged furry creatures, especially dogs.

You can find out more about Margaret on her website or check out her Facebook Author Page.

You can purchase The Judas Pledge on Amazon.