Today, I welcome author Belinda G. Buchanan to my blog. In September 2015, she released a stand-alone sequel to her mystery/thriller, The Monster of Silver Creek. Here is an excerpt from her latest – Tragedy at Silver Creek.

Cheryl Collins breathed sporadically through her mouth and nose, trying, without success, to ease the contraction that was currently slicing through her body.

Grimacing, she looked between her parted knees at Dr. Jensen, whose gloved hands were resting against the innermost part of her thighs, as he studied the fetal monitor beside his shoulder.  Two nurses—one, a thin redhead with a diamond stud protruding from the fold in her chin, and the other, an older, frumpy brunette with a dour expression—stood on either side of him, staring at her nether region.

Cheryl closed her eyes, wishing that the intimate act of giving birth did not have to involve being seen naked by half the staff of Memorial Hospital.

The familiar touch of Jack’s hand swept across her skin, yet she chose to keep her eyes shut, fearing that any movement, no matter how small, would bring about another contraction.

“All right, Cheryl, on the next one, I want you to push.”

Jack slipped his arm behind her shoulders.  “On the next one, you push.”

Cheryl felt her lips fold in on themselves as she glanced over at her husband.  For the past two hours, he had been repeating everything the doctor had said.  “Jack?”

“I’m right here,” he answered, patting her on the forearm.

She clutched the front of his shirt, uncaring that she’d also grabbed a handful of his chest hairs, and pulled him towards her.  Pausing to draw a shallow breath, she then proceeded to tell him to shut up in the nicest way possible—only to have her words replaced by a cry as another contraction took hold.

Jack helped her sit up, and she bared down the best she knew how.

“Okay,” said Jensen, watching the monitor, “relax for a moment.”

Exhausted and drenched in sweat, Cheryl let go of Jack’s shirt and fell back against the bed, hoping that the next one wouldn’t come for a while; however, in reality, she knew that she probably had a minute, at best.

As those precious seconds ticked by, the sun began to filter through the open slats of the dark metal blinds, enveloping the tiny room in a suffocating heat.  Cheryl pressed the side of her cheek into the edge of the pillow, seeking comfort in the coolness of its cotton fabric as she waited for the inevitable to return.

“It’s almost over,” Jack whispered, brushing a strand of hair from her face.

Incapable of answering him at the moment, Cheryl moved her head up and down in the hopes that it resembled a nod.  Earlier this morning, she had been awakened, from what could only be described as a restless sleep, to find her side of the sheets, as well as the mattress, soaking wet; it was a discovery that had brought her, along with a frantic Jack, to the emergency room.  Now, five hours and ten centimeters later, she lay in a hospital bed—with her legs spread perversely apart—about to deliver her first child.  It was a moment that was as surreal as it was sobering, as the last two weeks had been the hardest she had ever known.

The sound of the baby’s heartbeat echoed off the sterile white walls, causing a surge of desire to suddenly rise and fall inside Cheryl.  She was a firm believer that joy, as well as hope, could come in many different forms, and it was for this reason that she found herself eagerly anticipating the arrival of her daughter.  Her excitement was momentarily shelved, however, as the pain that she had become all too familiar with wrapped itself around her stomach and began to twist it.

Grasping the edge of the bedrails, Cheryl waited for Jack to sit her up, and then, with her teeth clenched, she pushed.  She pushed until her legs trembled.

Cheryl dug her fingernails into the palm of Jack’s hand as the activity at the foot of the bed increased.  Her breath fell in and out of her in jagged fragments as she kept her eyes locked on Dr. Jensen, searching the crevices in his face for the slightest hint of distress, as time—which had been passing all too quickly just moments before—stood utterly still.

A feeble cry sounded, shattering the thick silence surrounding them.  Relief, in the form of a single sob, came tumbling out of Cheryl’s mouth as ten quivering fingers attached to two tiny arms appeared in her line of sight.

The blood drained from Jack’s face as he looked down at the bluish braided rope that bound his wife to his daughter.  The color of his skin went from white, to ashen, to gray as the scissors sank into the cord.  Three ragged snips later, it finally relented.

“Great job, Dad.”  Jensen seemed to be smiling behind his mask as he took the scissors out of his trembling fingers.

The nurse finished wrapping the infant in a blanket and came around the bed, offering Cheryl a stoic smile as she placed the baby in her outstretched arms.  Pressing her lips to her daughter’s forehead, Cheryl closed her eyes, pausing to give thanks to God for her…and for allowing Jack to be by her side.

Opening her eyes, Cheryl forcibly blinked back her tears as she watched Jack caressing the tips of the baby’s fingers with his own.  For one, fleeting moment, he seemed happy—yet before the smile had fully formed upon his face, it began to fade, and she saw the sadness returning to it as the memory of what he had lost settled back into his heart.

Wanting so badly to take his pain away, Cheryl reached up and touched the side of his cheek, but upon feeling his jaw tighten, realized that it was an effort in futility and stopped.  Withdrawing her hand, she shifted her gaze back to her daughter, refusing to let the darkness overshadow this blessed day.

The nurse with the piercing in her chin leaned across the bed.  “Mrs. Collins?  I’m going to take your daughter to the nursery where they’ll get her cleaned up and weighed.”

“Wait,” said Jack, reaching into his pocket.  “Can I get some pictures, first?”

“Of course,” she answered, taking a step back.

Holding the baby close to her cheek, Cheryl sank farther into the pillow and offered Jack a weary smile.  When he had finished with the pictures, the nurse scooped up the tiny bundle and walked away, leaving her arms empty and cold.

Jack stared at the screen a long time before speaking.  “You gave me a beautiful little girl,” he said in a voice that was as uneven as it was broken.

Feeling her own emotions beginning to churn, Cheryl quickly swung her attention over to Dr. Jensen, who was still sitting between her legs, in the hopes of finding a distraction.  She watched with pretend fascination as he placed an instrument, coated in her own blood, on the tray beside him and stood up.

“All done,” he chirped, removing his mask.

Jack cleared his throat but made no motion to move out from behind Cheryl’s shoulder.  “Thanks, Doc,” he said, offering him an appreciative nod instead.

“It was my pleasure, Collins.”  Jensen stripped off his gloves and ran his fingers through a disheveled mop of silver hair before coming around the side of the bed.  “I’ll check on you later, young lady,” he said, peering down at Cheryl with a pair of bloodshot eyes.

He wrapped both of his hands around hers and squeezed.  “Be good now.”

After giving Cheryl his trademark wink—which in the beginning she’d found creepy but now had come to anticipate—Jensen turned and disappeared from the room; yet, as the door swung closed behind him, she was unable to shake the feeling that this time he had done it out of sympathy rather than habit.

The older nurse, whose only interest seemed to be that of doing her job as efficiently and rudely as possible, removed the sheet that had been covering Cheryl’s stomach and upper body, causing a shudder to roll across her shoulders as the cool air blowing down from the vent surrounded her.  Out of the furthest corner of her eye, she noticed Jack shifting his feet as the woman began wiping away the blood from her thighs and perineum.  She touched the sleeve of his shirt to get his attention.  “Would you mind calling my parents?  I know they’re dying to hear back from you.”

A look of gratitude, mixed with embarrassment, flooded Jack’s face as he gave Cheryl a small nod.  His blond locks fell against her forehead as he bent down and placed a well-meaning but fragile kiss upon her lips.  “It’s all over,” he whispered.

Cheryl’s sight grew blurry as she watched him turn and walk towards the door with his right arm pressed tight against his side.  The tears that had pooled in the rims of her eyelids silently began to spill down her cheeks.  It was far from over. 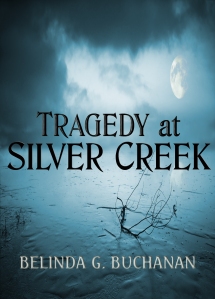 Guilt is a powerful thing, and former deputy Jack Collins is mired in it.  Unable to forget the events that have taken place in the town he was sworn to protect, he feels as if he is slowly drowning as he tries to cope with the aftermath of a serial killer’s reign of terror, as well as his new—and unwanted—job as chief of police.

When the body of a young woman, having the same puncture wounds as the serial killer’s previous victims, is discovered, Jack must determine if this is a copycat crime or the work of a possible accomplice—either of which—could put the killer’s only surviving victim in grave danger.

As Jack delves deeper into the murder, his vow to keep the victim safe, combined with the secret he’s been harboring, begins to take its toll.  His sudden inability to confide in his wife, Cheryl, causes their home, which was once a haven for him, to become just another source of tension.

An overzealous news team, a threat from his not so distant past, and a mayor who wants the murder swept under the rug, only add to the pressure surrounding Jack as he struggles to do what’s right on all levels in this riveting, stand-alone sequel to The Monster of Silver Creek. 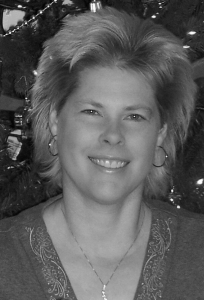 Belinda G. Buchanan is an author of edgy, women’s fiction & mystery.  Her works include, After All Is Said And Done: A Novel of Infidelity, Healing, & Forgiveness, The Monster of Silver Creek, Seasons of Darkness, and Tragedy at Silver Creek.  When not writing, Belinda enjoys spending time with her family that includes her husband and soulmate of twenty-five years, two sons (one who loves her unconditionally and one who loves her only when not in public), and a menagerie of animals.

You can learn more about Belinda by visiting her website.  She loves to talk almost as much as she loves to write, so come chat with her on facebook or twitter.  And if you’re a pinner, join her on pinterest.

You can purchase her books on amazon, barnes & noble, ibooks, and kobo.