It is a mix of feelings when you first born reaches the age where he (or she) can learn to drive. I’m excited for him to move onto this new area, but at the same time, I have trepidation about him driving out there with all those other crazy drivers.

Yes, my son, Jase turned 15 in May. Because the Department of Public Safety was closed due to COVID-19, we didn’t get his learner’s permit until the beginning of July, which was the earliest we could get an appointment. I must say I love having an appointment. It cut down the usual long wait at the DPS office to mere minutes.

In Texas, you have the choice of sending you teen to driving school or go the “parent-taught” route. We chose the latter. With this choice, he still must take an online driving class (in our case provided by Aceable), but his actual car experience is with a parent sitting beside him rather than an instructor.

Even though he didn’t get his learner’s permit until July, we began after his birthday to allow him to drive in the parking lot of the school and a nearby church. My husband took him out for his first drive, but many of his subsequent drives have been with me beside him. My brother laughingly offered me a blindfold, but Jase has done a good job.

We started with him practicing turns, stops and parking – all without going over 15 miles per hour. After he got his learner’s permit, we ventured out to the neighborhood streets and onto some of the main streets near our house. The other cars (and their drivers) seem to intimidate Jase. As with many places, many people do go higher than the posted speed limit. 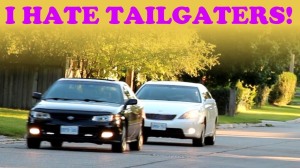 But Jase does not, and when they tailgate or pass him, it makes him nervous. I keep telling him that he needs to not worry so much about the other drivers. His job is to take care of himself. Yes, he may annoy other drivers, but he isn’t doing anything wrong by going the speed limit.

He has driven to a few close places – a store or two as well as the gas station. But he has not ventured too far from home. Part of the problem is to get to most places you have to go onto the highway or the access road to highway which have been under construction for the past two years. The area is a mess and not the best spot for a novice. So we will look into other areas for him and then there is always driving at night and in the rain that need to be practice. There is a whole list of things he needs to do according to the state before he takes that driver’s license test next year.

And so we will try to work in driving and his online driving class into his school schedule, which goes from 10 am to 3:30 pm. It sometimes is hard to stop and go driving but our goal is for him to drive daily. And so far he has only scared me a few times. But he is getting so much better – and the only way to keep improving is for him to practice.

One thought on “Oh my! We have a new driver in the house”