Today I welcome author Mel Ryane to my blog. Her memoir, Teaching Will: What Shakespeare and 10 Kids Gave Me That Hollywood Couldn’t, was released in August.

Back when I was an actor, I couldn’t imagine ever not being an actor — even though I had been fooling around with writing for quite a long time. Ideas would come to me and I had to write them down. In between acting jobs (and there is a lot of time in between acting jobs), I wrote a sitcom pilot and some comedy sketches, I took a novel writing class, then I was accepted into the American Film Institute’s Directing Workshop for Women, when I started writing screenplays. Although I was getting positive feedback and some encouraging possibilities from my writing, I didn’t take them seriously because I still thought of myself as an actor.

Only after I left acting did I take a more in-depth approach to writing, and wrote a book. At a writing conference, I read aloud from this book and there happened to be a literary agent in the audience. She took my writing seriously and wanted to represent me.

On the plane home, as we were about to land, the man in the seat next to me asked, “What do you do?” For the first time I said, “I’m a writer.” And that felt so true and so good to say aloud.

My first published book is a memoir. In the time it took to sell, I kept writing and completed two novels.

The first, Nobody’s Dolly, is a family saga that takes place across 80 years. I was curious about how one crucial decision made by one person affects future generations. In this case, a young woman flees an arranged marriage and her 14-year-old sister is left to fill her place at the altar.

The second novel, The Novel Class, is a contemporary story set in Los Angeles during the latest economic recession. A recently widowed woman discovers she doesn’t have a financial safety net; she falls out of her upper-middle-class perch and moves across the city in search of survival. It sounds grim but there’s a lot of comedy in this one.

Unlike with acting, where the phone has to ring with a job for me to be creative and where I need a fellow actor with whom to play scenes, with writing, I only have to get to my computer to get down the sentences in my head. The worst part is finding an audience once my work is ready to be read.

I am very curious about human behavior. I love examining and imagining what people do in crisis. I love the details of what we do for each other, to each other, and to ourselves as we attempt to make sense of our lives in their most joyous or desperate circumstances.

How do you conceive your plot ideas?

My plots come out of questions. For my memoir, Teaching Will: What Shakespeare and 10 Kids Gave Me That Hollywood Couldn’t, I asked myself how I kept going working with children in an expectedly difficult fish-out-of-water scenario. Much of the book is comedic in retrospect, but it wasn’t so funny when it was happening. I was re-traumatized every time I did a revision on the manuscript.

One of the things I hate most about writing screenplays is the protocol of writing a very detailed outline. I chafe at that along with the tight structure a screenplay demands. What I love about writing memoir and fiction is that I can just start. One clean sentence and then another and another. The hard work is in the revisions but that’s work I love to do.

Teaching Will is the story of my leaving the actor’s life, searching for new creativity, and coming up with a crazy-assed idea of volunteering to start a Shakespeare Club for little kids at a public school.  Along the way I find a creative thrill that I never thought I would experience again after leaving acting.

There are a lot of dark moments in the book that build up into a crisis of commitment. The kids want to quit and I want to quit, but oddly, none of us want to stop. I have to keep wrangling the kids and convincing them that what we’re doing matters. At the same time, I’m floating in my bathtub convincing myself not to jump ship. As hard as it is, I have to lead by example.

My all-time favorite book is John Kennedy Toole’s A Confederacy of Dunces. If I could jump into any world, it would be New Orleans. I love that city, with its 69 cultures commingling in an astonishing and decadent array of architecture, food, art, writing and music. New Orleans is an urban jewel in the American landscape and I would love to live there anytime… except summer. Too darn humid.

I have an office with a window that looks out over our front lawn and our suburban street with its Chinese Elms. I write in my office with my feet up on the desk and my laptop on my lap, our cat in the window, our dog under the desk and jazz in the background.

Other than Shakespeare? Well, I’d love to hang out on a porch with William Faulkner and hear him riff on human behavior and the challenges of pure survival.

I’d also love to have dinner with Anne Tyler and chat about the tiny specific details of a story arc. How she walks her readers into a world and how she leads them out.

Power. Revenge. Love. Shakespeare’s themes can be found in any schoolyard. And so a naïve Mel Ryane volunteers to create The Shakespeare Club at a public school – for kids who have never seen a play, much less acted in one. With a lifetime of theatrical experience but zero classroom skills, Mel throws herself into this rollicking adventure expecting to inspire young lives.

What happens when an idealist volunteers to introduce Shakespeare to a group of unruly kids? Bedlam. Tears. And hard lessons learned. Teaching Will is a riotous cautionary tale of high hopes and goodwill crashing into the realities of classroom chaos.

Every week Mel encounters unexpected comedy and drama as she and the children struggle toward staging a production of A Midsummer Night’s Dream. Woven through this fish-out-of-water tale is Mel’s own story of her childhood aspirations, her acting identity and the heartbreaking end of her onstage career.

In the schoolyard, Mel finds herself embroiled in jealousy and betrayal worthy of Shakespeare’s plots. Fits of laughter alternate with wiping noses as she and the kids discover a surprising truth: they need each other if they want to face an audience and triumph. Teaching Will is an uplifting story of empowerment for dreamers and realists alike. 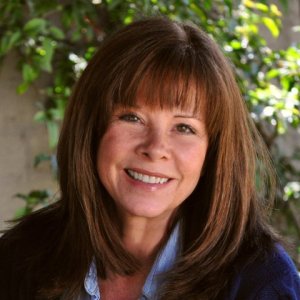 Following a distinguished career as a classically trained actor onstage and in film and television, Mel Ryane has found a new artistic home in the written word with her memoir, Teaching Will: What Shakespeare and 10 Kids Gave Me That Hollywood Couldn’t.

Mel became a professional actor during her teens in her native Canada, and then followed her career to New York City and to theatres across North America. After applying her skills to coaching actors on major studio and network projects, Mel was accepted into the Directing Workshop for Women at the prestigious American Film Institute. She subsequently wrote a screenplay that advanced to the semifinal round in the Motion Picture Academy’s Nicholl Fellowships in Screenwriting competition.

Mel travels across the country teaching “From Page to Podium: Reading Your Work Aloud,” a workshop that helps writers find their public speaking voice. She also offers school workshops introducing Shakespeare to students. She lives in Los Angeles with her husband, their dog and cat.

Teaching Will can be purchased from Amazon or Barnes & Noble.